Whitney Pitcher reminds us of what true reformer looks like....this is a great article to disprove the nasty false narrative that has been perpetrated about Governor Palin.~ teledude 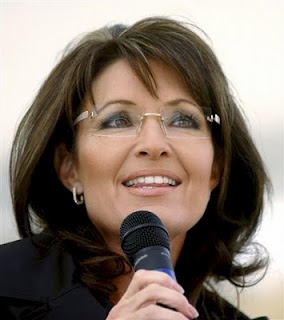 If you listen to the media, the left, and the GOP establishment, you’ll hear that Sarah Palin is “unqualified.” Even those who grudgingly admit that she helped the McCain ticket in 2008 by energizing the base will still dismiss her gently by saying that she was not “prepared.” Translation: “Sure, sure, she drew a crowd. She’s Caribou Barbie. The rubes like her, but that doesn’t mean she’s competent.”


Is she “unqualified” or “unprepared”? What is her actual record? The media demanded and got unprecedented access to the emails she wrote as governor. No other national or state politician has been more open and transparent. We can know this woman if we just take the time to investigate.

I did, and I discovered a record of relentless reform and fiscal leadership that goes beyond “drill, baby, drill” and is more complex than selling an expensive state jet.

“Paying at the Pump” Solutions by Governor Palin

I am looking forward to hearing Governor Palin's ideas on energy production and what to do about these high gas prices. This should be good. ~ teledude

by Sarah Palin on Wednesday, April 11, 2012 at 3:49pm ·
Real energy solutions shall be presented! Please join Eric Bolling and me as we host an energy special this Friday, April 13th at 10pm ET on FOX called “Paying at the Pump.” We’ll present real solutions to solve our country’s rising energy prices and relieve America’s pain at the pump. And, yes, there are real solutions! We’ll discuss them and invite President Obama – in fact we’ll challenge the President – to adopt them for the good of our country.

The White House will have an opportunity to put partisanship and its stubborn lack of energy common sense aside to get a handle on these outrageous prices. Please tune in Friday night. The energy special will also re-air on Saturday and Sunday.

- Sarah Palin
Posted by teledude at 8:20 AM No comments:

Well, I haven't updated this site for a long while.

I started this blog to help organize for what we all thought was going to be a Palin run for the White House, and now that Rick Santorum has dropped out it appears Mitt Romney has wrapped up the nomination (and Governor Palin is still not running!) I am not sure how to continue with this site.

Of course I and many of her supporters still stand behind her 100% and pray for the day when our country can see her vision of reform and restoration of our nation take place.

Moving forward, I think I will still post on Governor Palin's activities...she does have a way of staying relevant to the conversation of our national direction.

I'd like to thank everyone who frequented this blog back in it's heyday...those were exciting times...as I look back on speeches and poll results and other opinions of Governor Palin and her chances in the election I can only think of what might have been.

I believe we need to come together and support the party nominee because President Obama is a very real threat to the well being of this nation, and his removal from office must be our number one goal.
Posted by teledude at 7:59 AM 2 comments:

The reconsider movement is buying time for this ad to run in Iowa this week!

Sarah Palin will not run for president.

Sarah Palin will not run for president.  She made the announcement in a letter to supporters Wednesday night.

October 5, 2011
Wasilla, Alaska
After much prayer and serious consideration, I have decided that I will not be seeking the 2012 GOP nomination for President of the United States. As always, my family comes first and obviously Todd and I put great consideration into family life before making this decision. When we serve, we devote ourselves to God, family and country. My decision maintains this order.

My decision is based upon a review of what common sense Conservatives and Independents have accomplished, especially over the last year. I believe that at this time I can be more effective in a decisive role to help elect other true public servants to office – from the nation’s governors to Congressional seats and the Presidency. We need to continue to actively and aggressively help those who will stop the “fundamental transformation” of our nation and instead seek the restoration of our greatness, our goodness and our constitutional republic based on the rule of law.

From the bottom of my heart I thank those who have supported me and defended my record throughout the years, and encouraged me to run for President. Know that by working together we can bring this country back – and as I’ve always said, one doesn’t need a title to help do it.

I will continue driving the discussion for freedom and free markets, including in the race for President where our candidates must embrace immediate action toward energy independence through domestic resource developments of conventional energy sources, along with renewables. We must reduce tax burdens and onerous regulations that kill American industry, and our candidates must always push to minimize government to strengthen the economy and allow the private sector to create jobs.

Those will be our priorities so Americans can be confident that a smaller, smarter government that is truly of the people, by the people, and for the people can better serve this most exceptional nation.
In the coming weeks I will help coordinate strategies to assist in replacing the President, re-taking the Senate, and maintaining the House.

Thank you again for all your support. Let’s unite to restore this country!

"dissatisfaction with the field leaves an open door for Palin to enter late." ~ teledude 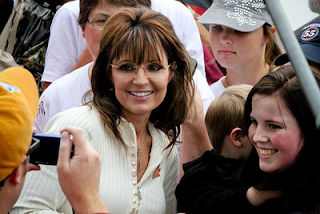 Caffeinated Thoughts
by Shane Vander Hart
It looks like we’re down to one possible late entry into the 2012 Republican primary race: Sarah Palin. New Jersey Governor Chris Christie declined entering the race. He said he has a commitment to New Jersey which is he is unwilling to abandon. I respect that. Despite big money donors who desire to play kingmaker and unexpected encouragement and strategy advice Christie demonstrated that he indeed is a man of his word and will let his “no be no,” (Matthew 5:37).

I believe it is extremely unlikely that Congressman Paul Ryan (R-WI) will change his mind. That leaves us with our current field and a forthcoming announcement from Palin about her intentions one way or the other. Politico reports a law firm associated with Governor Palin has been making inquiries about early state deadlines.

One candidate, Minnesota Congresswoman Michele Bachmann, believes that the table is set. I don’t know if that is her conviction or her desire, but the health of her campaign either way is in doubt. If Palin gets in I believe Bachmann will be finished. With Palin out her campaign still has some life. I still believe it isn’t too late for Palin to enter, but as I’ve said before the clock is ticking. With the Iowa Caucus likely getting pushed up to the first week in January she will not have much time to win over voters in Iowa.

We are in a unique situation in Iowa. Nobody seems to have momentum. Cain appears to be on an upswing nationally, but I haven’t seen a surge in Iowa or New Hampshire. National polls do not mean much in a state by state primary race. Texas Governor Rick Perry is in decline. Former Senator Rick Santorum has certainly been impressive in the debates, and has campaigned hard but it still hasn’t seemed to pay off. Former Speaker Newt Gingrich also has performed well in the debates, but that isn’t translating into frontrunner status. I believe Congressman Ron Paul will be in the top four on Caucus night, but I would only predict Paul winning if we have a really bad blizzard the night of the caucus. I mean that as a compliment as he has devoted followers, but there are not enough of them to pull it off.

Former Massachusetts Governor Mitt Romney has also run an effective campaign, has debated well, and has stayed on message. I don’t see his base of support growing. He will only win the Iowa Caucus if the rest of the field remains divided. His RCP polling average in Iowa is 18%, and the latest poll done by American Research Group has him leading with 21%. In 2008 he came in 2nd with 25% and I don’t believe he’ll improve or even match that number.

The ARG poll also has 15% being undecided, more than when they polled in July. That still coupled with dissatisfaction with the field leaves an open door for Palin to enter late. She has a hard filing deadline of October 28th to be on the ballot in New Hampshire so her decision will likely be coming soon.

HT: Caffeinated Clips
Posted by teledude at 6:58 AM No comments: 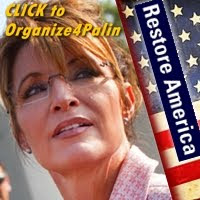 Funds to support this blog only -

- to donate to SarahPAC see below. 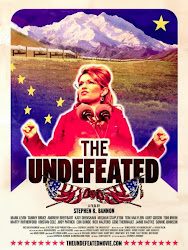 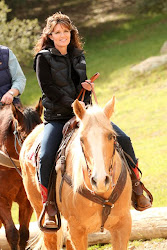 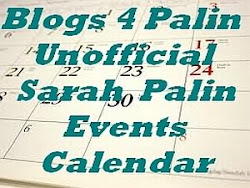 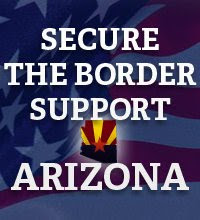